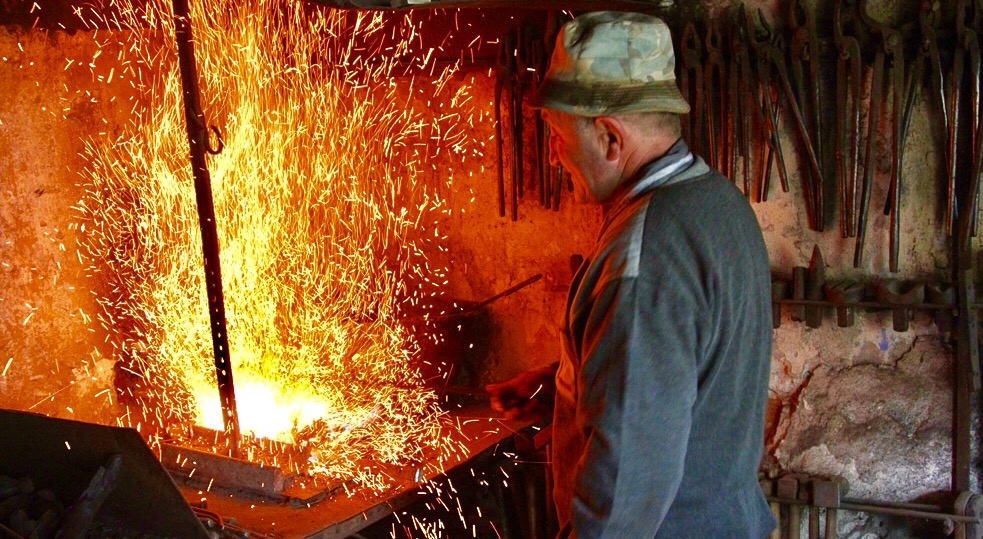 We offer one excursion or activity per day according to the schedule below, which is included in the 'All Inclusive' price.

Tours and activities start after breakfast, between 10–10.30 in the morning.

From April to October, bear watching is possible at an extra charge in the evenings.

Craftsmen on the estate will help you assemble and create your own small Transylvanian painted wooden item which you can take back home. Alternatively, the cooks will help you make our traditional Szekler Chimney Cake over open fire. Your own cake will then be served for desert or tea. The local blacksmith will show you how he beats hot iron into shape in his old smithy.

Lunch at the guesthouse.

The rest of the day will be spent at the renaissance manor which has recently been restored. Discover its interiors which reflect lifestyles of past centuries. Have tea on the southern terrace sheltered by the manor's towers and ancient elmtrees, discover the english park or relax at the pond and dive into its clear waters in the summer heat.

Viscri is one of the best preserved Saxon villages and it is a UNESCO World Heritage site. Its fortified church is one of the most iconic Saxon fortified churches in Transylvania. The village itself was saved from decay with the help of international charities including the support of the Prince of Wales. You will visit his house which is now an educational centre for rural skills.

Lunch in Sighişoara at a restaurant on the cobbled town square.

Sighișoara is one of the seven major Saxon towns dating back to the 13th century and it is also a UNESCO World Heritage site. It is the alleged birthplace of Vlad Țepeş, 'The Impaler'. The old citadel dominates the newer quarters of the town from a rocky massif. You will visit the Citadel, the Clock Tower, the Monastery Church, some of the fourteen Guild Towers, and climb the Scholar’s Stairs to reach the restored Church on the Hill and the atmospheric Saxon cemetery.

Walking is the best way to discover a new area. You will venture off from the manor park into the hills surrounding the village. Take along a walking stick available at the guesthouse, and binoculars to watch birdlife. According to the season you will find many wild flowers including orchids in spring, mushrooms in the forest in summer and autumn, and wild animal tracks in the winter snow.

Picnic lunch in the countryside.

The panoramic views provide a real feeling about the region you are visiting. You might feel transported into a novel of Jane Austen, Lev Tolstoy or Miklós Bánffy. Your hiking guide will provide plenty of historical details on this historical region of Transylvania called 'The Woodlands', which Miklósvár is located in.

Bram Stoker immortalized Transylvania in his book 'Dracula', but never actually visited the region. Castle Bran, which has become synonymous with Count Dracula due to its dramatic aspect, towers dominantly on a crag overlooking the valley. Known as "Dracula's Castle', Bran was actually the summer residence of Queen Maria of Romania, with rather romantic interiors.

The amazing fortified church in Prejmer (Tartlau), was originally built by the Cistercian Order, and later fortified by an impressive system of ring-walls sheltering several storeys of chambers as a refuge for hundreds of people from the neighbouring villages. It has survived many a siege by the Turks and has retained most of its original character.

The Pied Piper's Cave and Gorge

Around 25 km to the north of Miklosvár lies the Almás cave in the gorge of the Vargyas river. In its large opening at mid-cliff, hundreds of human-shaped stalagmites of ice appear in winter. It is a place of many legends, and it is said that the Pied Piper surfaced here with the abducted children from Hamelin (who became the Saxon colonists of Transylvania).

Picnic at the cave's entrance or outside.

After crossing the river on several small bridges, we will explore the entrance of the cave with its impressive halls populated by colonies of bats (mostly in winter). For those interested in hiking, it is possible to climb the summit and walk through wild flower meadows with great panoramic views of the gorge. The climb is of medium difficulty.

The Land of the Szeklers

The Székely (Szekler) people have their distinctive architecture, language and culture. In many of their villages, craftsmen still pass down their skills from generation to generation. We will visit workshops of weavers and wood-carvers, and an ancient, yet functional water-mill. The local cemetary reveals the old pagan custom of using totems rather than crosses on the graves.

Picnic lunch at the fizzy mineral water springs and bath of 'Little Bacon'.

The Szeklers are Hungarians, and your guide will help to communicate and explain the many peculiarities of this colourful part of Transylvania and of its people.

Explore the beautiful surroundings of Miklosvár by horse and cart. We will drive through this picturesque landscape of hills and valleys, wildflower meadows and forests. Local people can be seen working on their lands, using traditional methods and tools long forgotten in the western world. You will have views on the string of villages aligned along the river Olt that flows through the valley.

Drinks and picnic / barbecue at lunch in a picturesque spot.

During the trip you will have the chance to watch wildlife as well as sheep- and cow-herds on the pastures. The Lesser spotted eagles of Transylvania (famous for their diet of frogs), storks, bee-eaters and many other birds might appear in the skies. During the spring / summer season wild flowers and butterflies are making your day more colourful. In winter, heartened by hot mulled wine, you might follow tracks of bears and wolves in the snow.

Some of our tours are weather permitting, hence we might change or tailour them if necessary.

Thank You for joining us!

Your stay contributes to the sustainable development of Transylvania and to the preservation of its cultural and natural heritage. The Kálnoky Foundation collaborates with The Prince of Wales's Foundation in Romania.